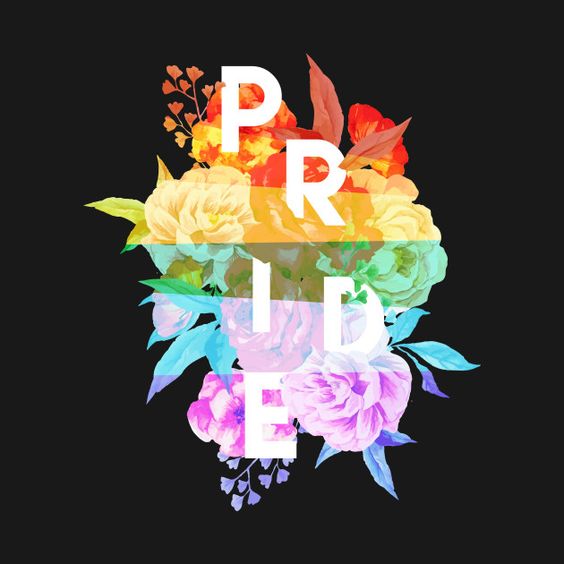 June marks Pride Month, a worldwide observance to honour the LGBT+ community, and to celebrate that LOVE is LOVE.

Pride celebrations are held in different cities all through the summer, where LGBT+ people celebrate being their truest and most authentic self, and people of all genders and sexual orientations come together to show solidarity for the community. Pride is fun, colourful, loud, camp, and a joyous celebration of individuality and community!

In the summer of 1969, the Stonewall Uprising occurred after a police raid at the Stonewall Inn, which, at the time, was a mafia-run establishment that welcomed the LGBT+ community- something which not many bars, clubs or social areas did at the time.  The raid was widely considered to be an attack on the community, despite officials claiming for decades after that it was justified. At the time, there was anti-gay laws in place- which meant that, as a member of the LGBT+ community, you were not allowed in any federal or service career, and you were not allowed to be served alcohol in bars- amongst other things. Homosexuality had also been classified as a ‘mental disorder’, and members of the community were subject to frequent attacks and harassment. On June 28th, 1969 (the eve of what would later become my birthday!) police raided the Stonewall Inn, with the intention of checking all patrons’ identities, and arresting anyone found to be dressing as the gender opposite to what they were assigned at birth.

However, on this particular night, patrons’ weren’t co-operating- refusing to show their identification, and refusing to go with officers. When people were ejected from the bar, rather than leaving, they gathered outside. Soon, a huge crowd had congregated. The bar was set alight- some claim this to have been done by the police- and Marsha P Johnson threw shot glass at a mirror in the burning bar, screaming ‘I got my civil rights!’

What followed was a series of violent protests against the way the LGBT+ community was being treated. These lasted for 2 nights, and what followed was the coming together of a group of people who all had one thing in common: they did not identify as straight or gender conforming. A year after the Stonewall Uprising, the first gay pride parades took place in New York, Los Angeles, San Francisco and Chicago.

So why is this so important?

Even though homosexuality was completely decriminalised in the USA in 2003 (I know. I know. Only in 2003? I know.) the LGBT+ community still face a huge amount of prejudice and discrimination. The average life expectancy of a Trans woman is 33. This is due to violence against them, and high rates of suicide. This needs to change.

Recently, a story hit news outlets in which a lesbian couple were attacked on a bus in London. Why? Because they refused to kiss, for the attackers’ entertainment. I struggle to vocalise how sickened attacks like this make me. That two human beings still can’t do something as simple as ride a bus without getting attacked, abused and harassed means that there is still so much progress to be made. Furthermore, although police met victims as they got off the bus, no arrests have been made. As a society, we need to do better.

This is why there is a need for Gay Pride. Because, in this day and age, people are still being attacked simply for being in love. This is not something that straight people face. They have 365 days of the year to celebrate their sexuality- because no one has ever questioned, or attacked them for that. Which is why the Straight Pride Parade that has just been okay’d by the city of Boston is absolute nonsense. Besides, is there anything more camp than a parade?!

In lighter news, Ultravenus favourite Munroe Bergdorf has just been named Childline’s first LGBT+ ambassador. Speaking about her appointment to the role, Munroe said “the wellbeing and empowerment of LGBTQIA+ identifying children and young people is something that I have been passionate about throughout my career as an activist.”

With teenage years being difficult for all of us, it is important to recognise the particular struggles that individuals may be facing. Being LGBT+ is undoubtedly one of the trickiest realisations to navigate. But it’s also important to remember: we are a community. We love Munroe for working so passionately for young LGBT+ people. It is such an important fight.